We met with Zoé our last evening in Monterrey. Her family had just moved into their new apartment, where Zoé was quick to absorb my daughter Lily into her inner circle, cuddling her, presenting her with a handmade gift, working together on a puzzle, and watching one of Zoé’s favorite Disney movies (in French!). Her mother Emilie pretended to have her feelings hurt that Zoé allowed Lily to play with her, which delighted Zoé to no end.

At first, Zoé wasn’t keen on standing by herself as the center of attention while having her picture taken. She warmed to the lens though when Emilie reminded Zoé of her “modeling” poses, which Zoé embraced with hand on hip and cheeky turn of her head. 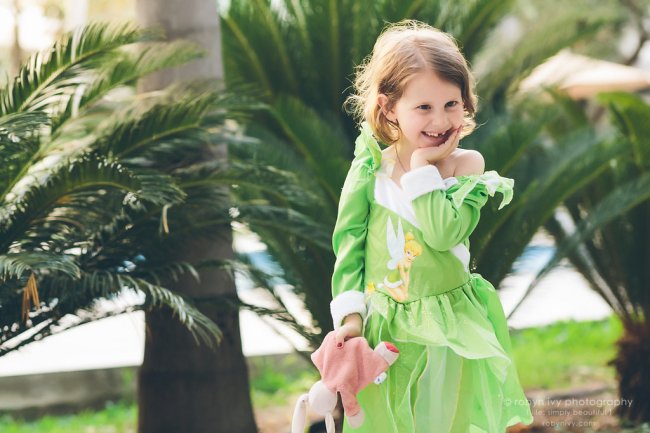 Emilie describes her own experience taking Zoé’s picture. When Emilie requested her to smile for the camera, Zoé asked, “Is there a school that can teach me how to smile?” Since the tumor developed, her brain seemed to have forgotten how to smile on command. But once Zoé starts laughing, her face can’t help but remember how to smile.

Zoé and I discovered that we share the somewhat unpopular response to people’s accidents by laughing. (We can’t help it; falling is sometimes funny.) Once you witness Zoé’s response to calamities, you’d fabricate one just to see that belly laugh engulf her tiny frame and twist her face into sweet hysterics. DIPG can’t rob her of joy; that comes from an untouchable place in the heart.

As a result of her tumor, Zoé walks with a dainty tiptoe gait, which adds to her princess-like demeanor. DIPG has also caused Zoé to lose some of her characteristic self-confidence. She used to sing along to her favorite soundtracks, but gradually learned to doubt her ability when her voice didn’t respond as usual, and she fell silent. These subtle changes must be among the hardest—to count each subtraction that the disease makes from your child.

Zoé’s also become shyer and tends to cry more easily. At least once during the movie viewing, Zoé came into the next room where the adults were talking, sobbing full bore and telling us that we were being too loud. Emilie never missed a beat, clucking at our insensitivity and promising that we’d do our best to be quieter.

Having a child with cancer means making certain adjustments to your parenting style. Perhaps the first thing a parent lets go of is any outward expression of annoyance at their child’s eruptions. As tired and impatient as you might feel, you’d never begrudge her a sour mood. But what about all the times before when you admonished her for small infractions? With a child’s cancer diagnosis comes the impossible task of forgiving yourself for your humanity.

French ex-pats, Zoé’s parents Emilie and Sylvain have lived in the UK for the past 13 years. Sylvain coaches basketball, and Emilie taught French part time after Zoé’s birth. After Zoé’s diagnosis, Emilie turned to full-time caretaker. 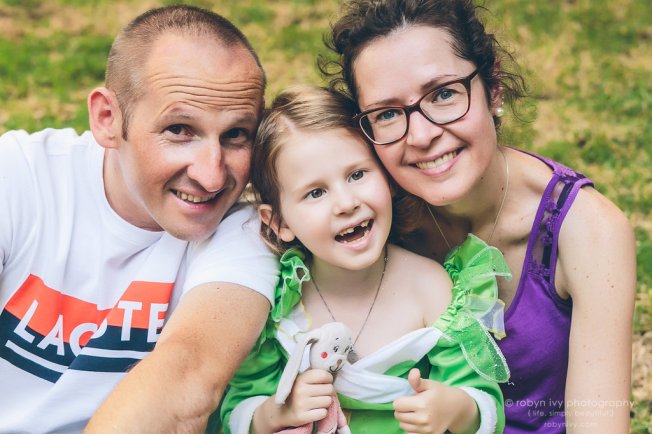 Every child with DIPG presents a bit differently, and Zoé is no exception. She’d had a bout of the flu, and subsequently developed a squint in her eye in the mornings that disappeared each day by around noon. Concerned but not overly alarmed, her parents took her to several ophthalmologists and eye specialists over the course of two months, who all confirmed that Zoé’s eyes were healthy and her vision was fine. But as the squint persisted, so did Zoé’s parents. They scheduled an MRI of her brain, and three days before the test, Zoé started having headaches located at the base of her skull. Emilie also describes a “far away look” to Zoé around that time.

On May 22, 2016—just five days before her 5th birthday—the MRI showed a 5-centimeter tumor located in Zoé’s brainstem. Her parents were informed of her diagnosis, along with a rather cold accounting of what to expect: rapid deterioration of her condition, followed by death within 9 months to 2 years.

“Try to live normally and enjoy life as much as you can,” the doctors told them. Shattered, they began to trudge down the road of treatment options—a term better abandoned, since no treatment exists in most places, only palliative care.

Emilie tells us all this in hushed tones. Like many of the other children getting treatment in Monterrey, Zoé doesn’t know that she has a brain tumor, and it’s important that it stay that way. Instead, her parents tell her that she’s getting medicine to help her legs become stronger and to heal her eyes and headaches. Any more information would overwhelm her, so her parents move forward each day pretending for Zoé that everything is normal, while knowing it’s not.

After two rounds of radiation and inevitable progression on the horizon, Emilie and Sylvain considered taking Zoé to Cologne for immunotherapy. In the meantime, the buzz about Mexico started circulating widely among DIPG families via social media.

Soon after her parents submitted her records for review, the Monterrey team told them of Zoé’s acceptance into the program. They jumped on the opportunity, as this tumor doesn’t wait.

So far, the results of her treatments have been encouraging. Zoé’s speech and coordination have improved, she’s able to use the loo without Emilie’s assistance, her anxiety has lessened, and she’s more lively and energetic. She’s also started singing again. It’s hard to say for sure if the treatment in Mexico has led to these changes, if they’re residual from her last radiation sessions, or if it’s some combination of these.

But when you see your child returning to you, piece by piece, the question isn’t why, it’s how do we get more of this? For now, the hope of more resides in Monterrey.

To learn more about Zoé and make a donation:

© 2017-present. Unauthorized use and/or duplication of this material without express and written permission from this site’s author and/or owner is strictly prohibited. Photos may be shared with express and written permission from the photographer with proper attribution. Excerpts and links may be used, provided that full and clear credit is given to Kimberly Beauchamp, ND and Making DIPG History in Monterrey, with appropriate and specific direction to the original content.

The information contained in this site is for educational and/or informational purposes only, and is not intended to diagnose, treat, or prevent any condition. If you have any concerns about your own health or that of a family member, you should always consult with a healthcare professional.

The author, Kimberly Beauchamp, ND, declares no conflicts of interest, nor is she affiliated with the doctors or the clinic.